I bought four of these metal mid-century folding chairs at an auction i attended for $4 each. They were in excellent condition, albeit ugly.

I had some robins egg blue latex semi gloss paint on hand so I brushed on several coats of it on the seat, letting each coat dry for about an hour. I decided on a nautical theme so I found an image that I liked from Google and printed it out onto a manila envelope I cut down to paper size. I exacto-ed the image out, therefore making a stencil. I layed the stencil onto the seat, surrounding it with some cardboard, and sprayed some Krylon Paint + Primer in Pumpkin Orange over the stencil. I took a stick and held the stencil down in spots while I sprayed. Then I spread a thick layer of Mod Podge over the seat and let it dry to seal everything.

And that's it! Here's what they look like now! 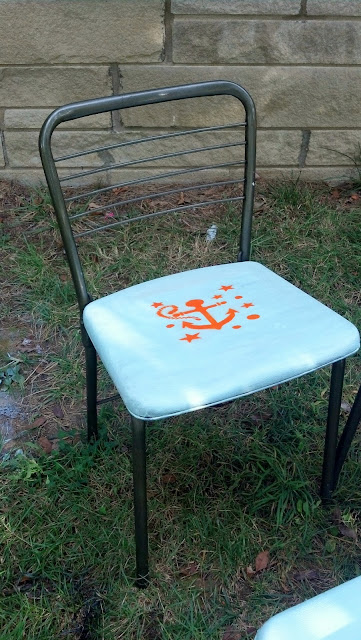 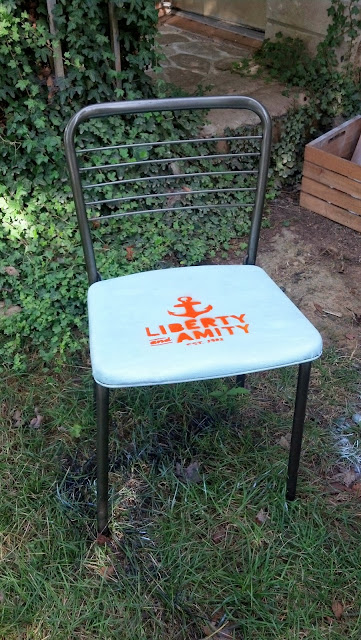 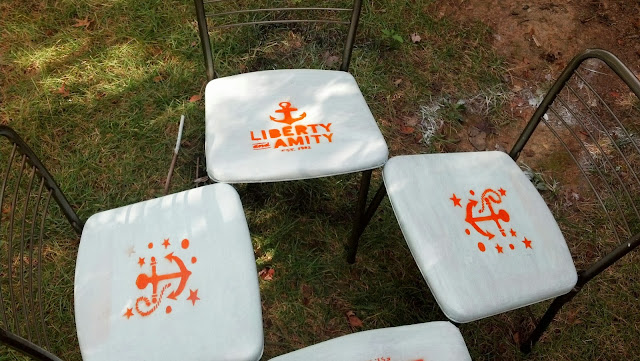